Careful clearing around the bat hibernaculum

In 2002 a bespoke hibernaculum was built for Daubenton's bats on the site of the Essex & Suffolk Water Treatment Works at Ormesby St Michael. Daubenton's bats are also known as the 'water bat', fishing insects from the water's surface with their large feet or tail. 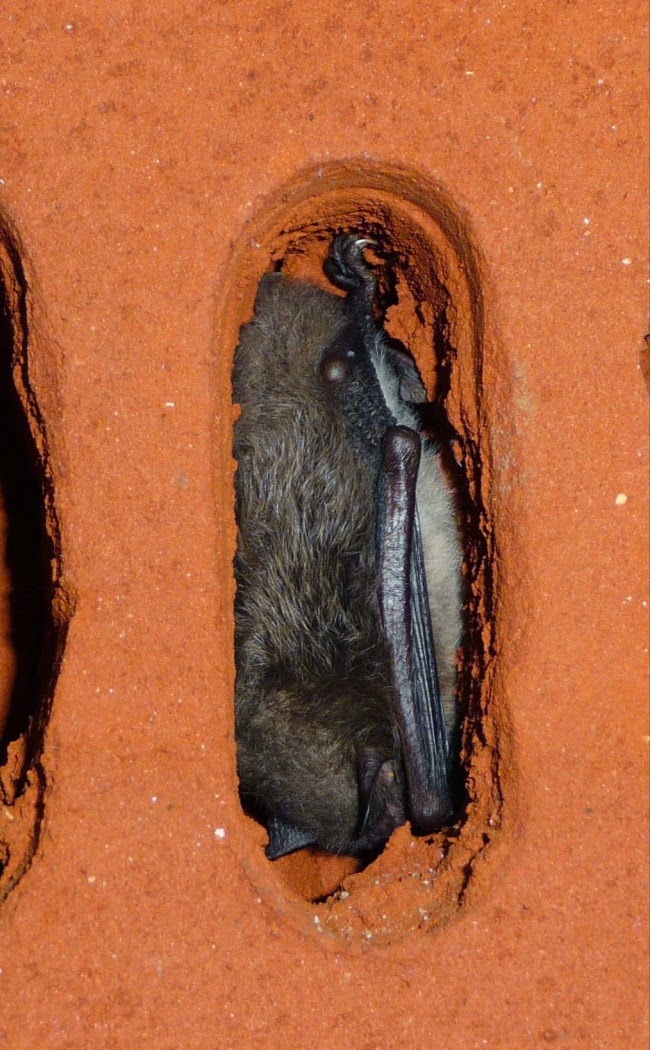 A total of eight species of bat have been recorded on the Trinity Broads and a number of different bats have used the roost over the years including Daubenton's, Pipistrelles and Natterers. There are three species of Pipstrelle and they are our smallest bats – weighing less than a £1 coin! Natterers are medium sized, feeding on a variety of invertebrates including spiders; they like roosting in crevices.

By 2013 the hibernaculum / roost was getting rather overgrown with brambles and a number of alder were potentially obstructing the flight path the bats use to enter the roost. Brambles can be dangerous for bats as they can become entangled or damage their wings – we needed to do some clearance work! The difficulty was timing this work. To disturb the bats whilst they are in the deep torpor of hibernation could endanger them, but if we left it until the warmer spring weather when they would be more active and less vulnerable, we risked there being birds nesting. Consulting with licensed bat experts we drew up a plan:

The work was carried out in early March and I am so proud of my Herculean team who completed the bramble cutting within the day.  Result – hopefully safe happy bats with good access to their roost and good flight paths to the broad and surrounding feeding areas.
Posted by Norfolk Wildlife Trust at 20:06