Close Encounters of the Owl Kind 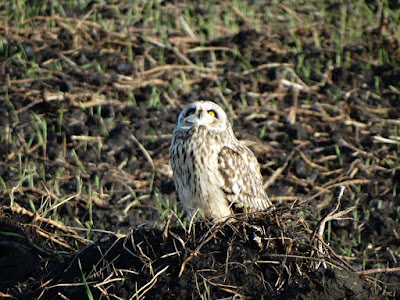 I paid my first visit of the year to the Wissey Wetland on Wednesday and had an immediate surprise. As I drove down the entrance track a short-eared owl flew across in front of the vehicle. I stopped and thought I might get a decent flight image but the bird then very co-operatively landed the other side of the ditch running alongside the track. It allowed me to get very close and take some of the attached images. The bird obviously spied something flying over at one point, which I didn’t see. 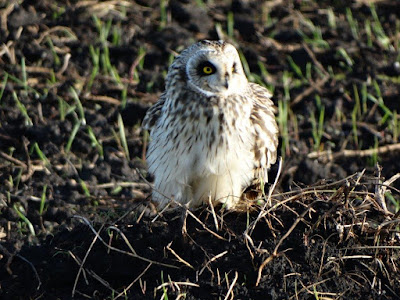 Short-eared owls have been recorded occasionally on the Methwold and Hilgay sites before but this gave the best views.  After visiting the very wet Hilgay site and checking all was ok I saw a barn owl which I wasn’t able to photograph. However the short-eared owl was still hunting around the access track quite near the entrance so I stopped to watch it. I then realised that there were two short-eared owls hunting. So a nice welcome to the site for 2016 and another surprise on leaving it.
Posted by Norfolk Wildlife Trust at 19:38