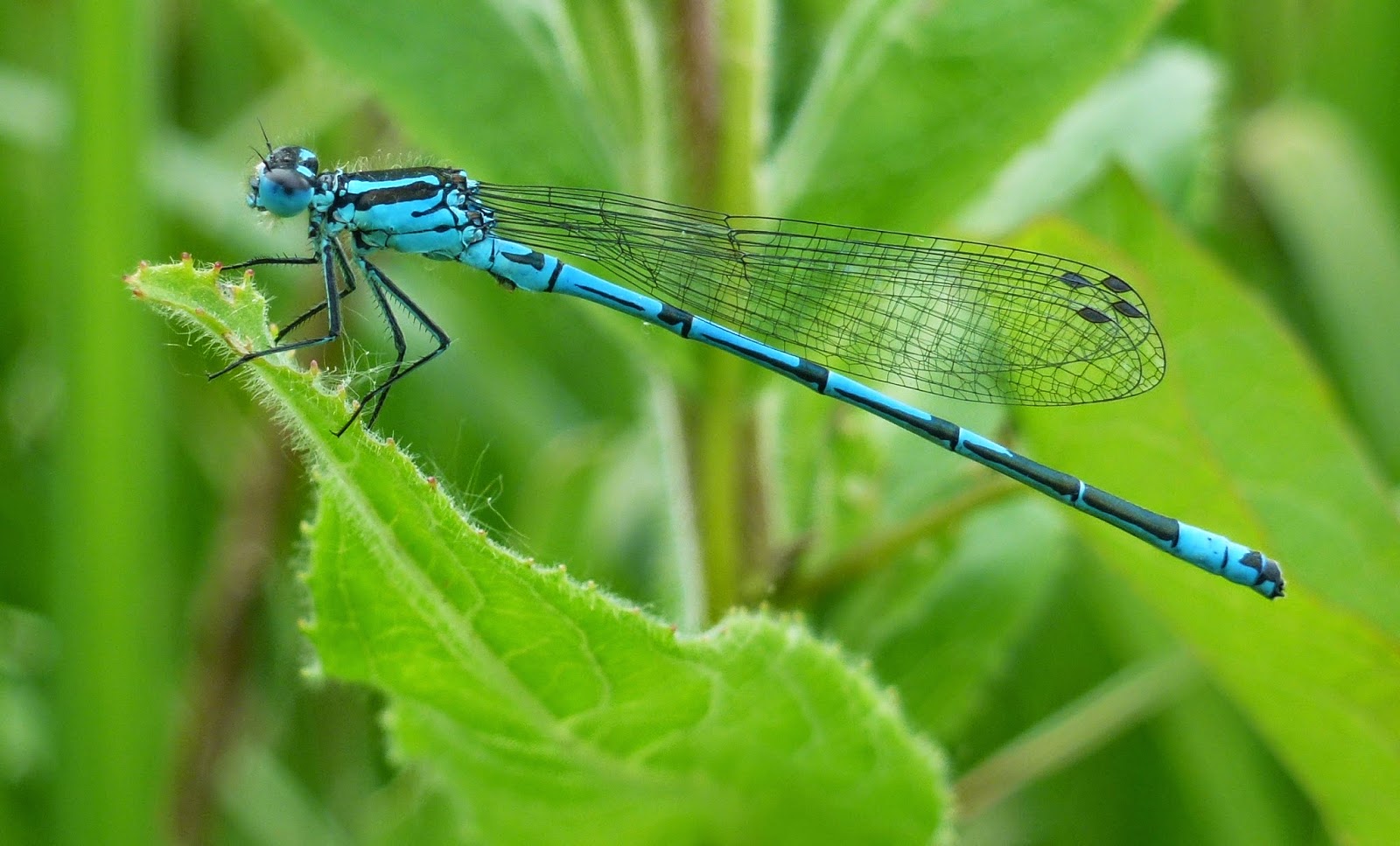 I’ve come to dragonflies and damselflies rather late. Many birdwatchers know them well: after all, they fly, there’s a limited range of species, and their best time, in high summer, coincides with when it can be quiet in the bird world. But Odonata – that’s dragonflies and damselflies lumped together – are rather special on Norfolk’s marshes, so on my regular visits to NWT Thorpe Marshes I’ve been catching up.

Thorpe Marshes is rightly getting well-known as an easy place to see Norfolk Hawkers close to the city. But the commonest of the 17 dragons and damsel species we’ve found since the reserve was established in 2011 is easily the Common Blue Damselfly. It’s so common that it rather swamps the others and it’s all too easy to overlook similar species.

When Norfolk expert Pam Taylor told me she found Azure Damselflies here in 2013 that prompted me to search for them myself. They’ve been there in May, June and July this year and the photo is of one I crept up on. The close-up shows the ‘Coenagrion spur’ – the black line that abruptly stops part-way across the broad blue stripe on the thorax of this genus. They also strike me as slightly more delicate than Common Blue Damselflies and just a little less blue, for bright males, at least.

Another trick is to search lily pads on the tidal River Yare. Here there are often Red-eyed Damselflies alongside elegant, dancing Banded Agrions and the ubiquitous Common Blues.

Another recent find was Common Emerald Damselfly, rather green as the name suggests.

More wildlife news and details of monthly walks on http://www.honeyguide.co.uk/thorpemarshes.htm
Posted by Norfolk Wildlife Trust at 20:15