How well do you know your butterflies - THE ANSWERS 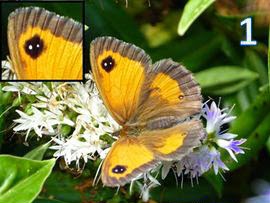 The gatekeeper is also known as the hedge brown due to its penchant for frequenting country hedgerows edged with brambles and long grasses. The gatekeeper employs an unhurried dancing flight as it hunts for ragwort, brambles and other food sources. This species can easily be mistaken for the meadow brown; the two can be distinguished due to the duller appearance of the meadow brown and the single white pupil in the eye spots of its forewing. 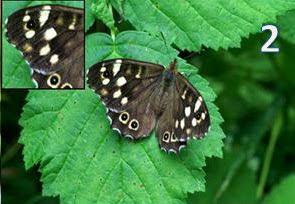 In the 18th Century this butterfly became known as the Enfield eye when it was identified in rural Middlesex. Today it can usually be found patrolling dappled woodland glades. The speckled wood has a greater tolerance for shade than almost any other butterfly except perhaps the white admiral. Its preferred food source is aphid honeydew located high in the woodland canopy. However, it often descends to jostle with meadow browns, ringlets and skippers amongst the bramble blossoms in sunny woodland rides. 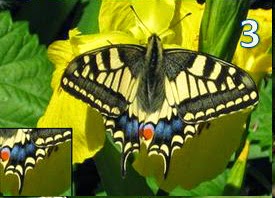 3: Swallowtail
I already waxed lyrical about this wonderful creature in my previous blog post so I’ll keep it short. Go see this superb specimen if you get the chance. The early summer will hopefully lead to a good sized second brood between mid-August and mid-September. 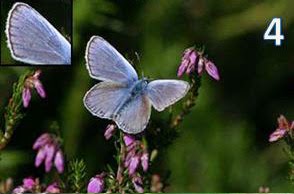 Unfortunately, this beautiful blue has become a great rarity in most parts of the UK. Countless colonies have been destroyed or shaded out. Furthermore, a reduction in rabbit populations due to myxomatosis has reduced the availability of food plants. One of the few places populations still persist is amongst the heaths of Norfolk. This is an extremely sedentary butterfly that lives in discrete colonies. The male can be distinguished from the similar common blue thanks to the thicker black margins to the wings. 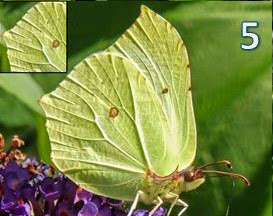 The word butterfly was probably first used to describe this butter-coloured insect. The brimstone is a widespread countryside wanderer; it can regularly be seen in urban habitats too. This species never sits with its wings open; instead it presents a wonderful leaf mimic in its underside patterning. These butterflies are powerful flyers and can often be found miles away from their food source, perhaps migrating to fresh territories. 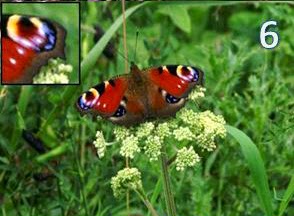 The peacock is a favourite of both butterfly lovers and gardeners alike. Leave a patch of nettles to grow wild in your garden and there is a good possibility of seeing the black hairy caterpillars frequenting the leaves in June. In late summer and autumn buddleia plants can become swamped by this attractive specimen. This species has one of the largest ranges of any UK butterfly. It can be found throughout most of the UK. The peacock is one of our most easily recognized species thanks to its bright colouring and distinctive eye-spots. 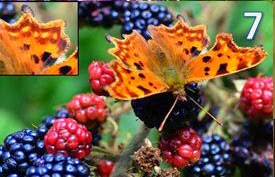 The unique ragged outline of the comma distinguishes it from all other butterflies. This butterfly is an expert in disguise. Not only does its caterpillar look like a birds dropping but the butterfly hides so successfully during winter that few naturalists have seen its resting place. This butterfly delights in sunshine and will bask for hours with wings spread. The comma occupies a small territory, often consisting of just a few metres. It will patrol this territory, inspecting all intruders in the search for a female whilst sparring with rival males. 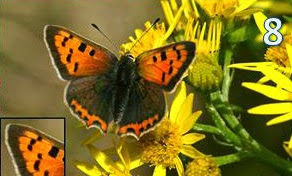 The small copper is the sole remaining member of the British coppers, as its relative the large copper became extinct in 1865. The small copper is relatively numerous in the UK thanks to the abundance of the caterpillars’ preferred food plants of sorrel and common dock. In good years, with lots of sunshine, three or even four broods can be produced. Despite its size the male small copper is a quarrelsome and restless little butterfly.