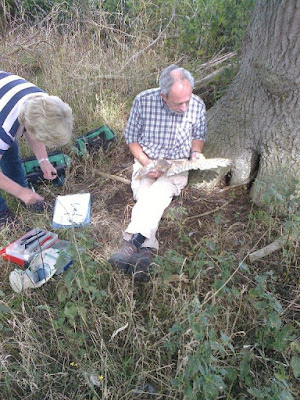 Colin and Val Shawyer, of the Wildlife Conservation Partnership, did their annual check of the barn owl box on the Methwold Wetland Creation site. They found a mixture of good and bad news.

The resident pair had found the new box which had been put up so they would not be disturbed by the ongoing construction works. Unfortunately they showed no evidence of breeding this year, in common with many pairs across the country. 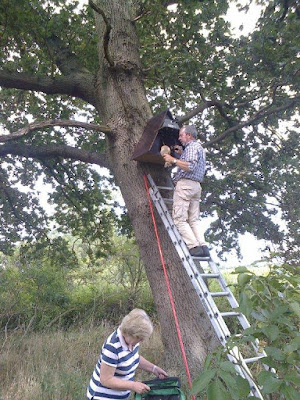 Barn owl populations change in a delayed cycle with their vole prey. Two years ago they had a disastrous breeding season because the prolonged cold winter and low vole numbers meant females were not in good enough condition to breed but last year breeding success was very high because of an abundance of voles. This year breeding success is likely to be low with many boxes occupied by non-breeding birds or pairs producing few young as vole numbers have declined. Next year vole numbers are predicted to hit their trough so the breeding season will be tough for barn owls again but they should bounce back after that. Long-term monitoring is critical to understand what is going on in our countryside and for species like barn owls that have populations that naturally fluctuate it is the only way to study significant population trends.

Posted by Norfolk Wildlife Trust at 19:43