End of the season at Weeting Heath

It is now the end of the season here at NWT Weeting Heath and unfortunately the end of my summer contract here, I have enjoyed my time here at Weeting Heath and the season has flown by. The dropping temperatures and leaves are the starting signs of autumn and winter, other signs on the reserve are the appearance of several fungi that have been sprouting up at Weeting. 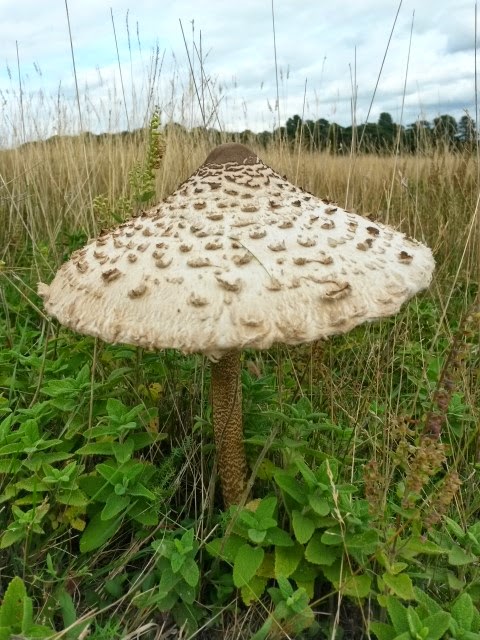 This year has been a good year for the main attraction at Weeting Heath, the stone curlew. Five pairs nested on Weeting Heath this year producing five chicks that fledged from in front of the hides which is the highest for several years.

Three of the fledged chicks came from one pair which managed to have two broods this year. This pair consists of an unringed female and a ringed male which we call Upper Right Black, due to the ring combination including a black ring on its upper right leg (original name I know!). The ringing of stone curlews is part of the Stone Curlew Recovery Project and has been going since the 80s, it gives us an insight and important data into where the stone curlews breed, potential survival rates and where they overwinter from year to year. 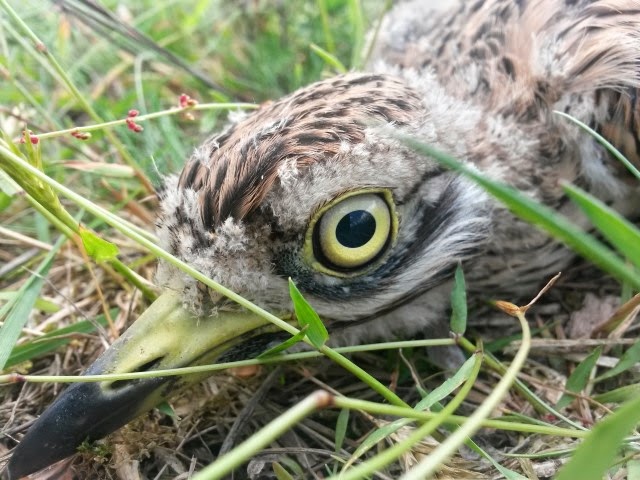 What makes Upper Right Black interesting is that we have been told potentially this bird was first ringed as a chick in 1990! Making this bird the oldest recorded bird in the project at an age of 23! This bird was part of a pair which successfully reared and fledged three chicks this year. Below is a video I took on my phone earlier in the season showing Upper Right Black with two of its chicks and on the right a close up picture of one of his chicks we ringed this year, lets hope his chick will make it to 23 as well and be back at Weeting Heath in 2037!


Stone curlews normally depart at the end of September or start of October to overwinter in southern Spain or northern Africa such as Morocco (something I know I would like to do). There has been one or two records of stone curlews overwintering in this country when whether conditions are mild enough. So potentially if Upper Right Black has been flying to southern Spain for the last 23 years, it means he has flown roughly a staggering 55,000 miles in its life time, which is twice the circumference of the Earth at the equator!

Other interesting wildlife seen this year include two cranes flying over the reserve in June, which means that 95 species of bird were recorded at Weeting Heath this year. A clouded yellow butterfly was also recorded on the reserve which brought the total number of species for this year to 24. Bats were also recorded for the first time this year at Weeting Heath through the free Norfolk Bat Survey, which anyone can take part in. The results showed that at least eight species of bat use the reserve including brown long-eared, noctule and
Daubenton's. 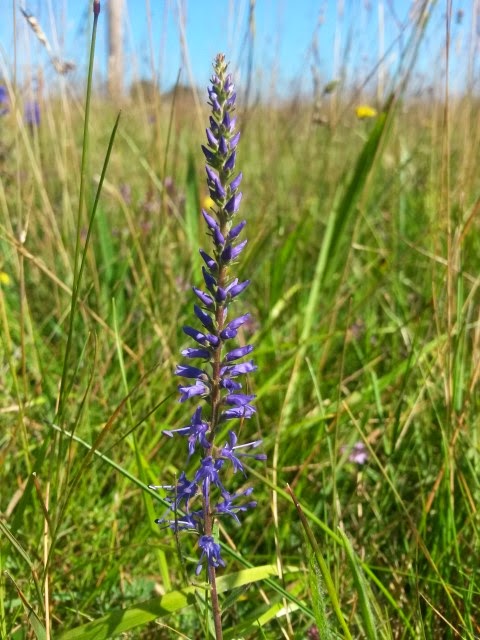 Spiked speedwell flowered early this year at the end of June rather than July and August due to the warm weather, with over 550 flowering plants counted.

So the season has now ended and the reserve is now all shut until next March, hopefully you will come visit next year where you might get to see old Upper Right Black celebrating his 24th year.

William Morfoot Ltd has completed the excavation works at Potter in just over five weeks. They have created a number of deep pools connecting to the ditch network to enable fish to move around the site and to act as refuges. The scale of the works can be seen from the aerial photo taken by Morfoot’s drone:

Following on behind them, Broadwood has planted over 35,000 reeds, grown by local nurseries British Wild Flower Plants using seed harvested from reeds at Hickling. These reeds have mostly been planted along the edges of the newly created deep pools. This reed/water edge is critical to attract bitterns to the site as it is along these edges that the birds primarily feed.

Over the winter the ditch from NWT Hickling Broad to the site will be enhanced to enable water levels to be raised which will aid the survival and spread of the reeds. A decision will be taken early next year about further reed planting. Then all we have to do is sit back and wait for the bitterns and marsh harriers to arrive!
Posted by Norfolk Wildlife Trust at 18:49 No comments:

October species of the month: fungi

One of the great pleasures of autumn is to walk through the woods, breathing in the distinctive, slightly sweet odour of rotten wood and fallen leaves. On dead trees, around the base of stumps, and in grassy clearings, fungi will also be much in evidence but knowing which species you’re looking at is not always easy. That’s no surprise when you consider that over 10,000 fungi species have been recorded in Britain – with around 3,500 of those found in Norfolk.

Perhaps the best way to get an introduction to this mycological world is to join a fungus foray. A number of such walks are held around the county each autumn, run by Norfolk Wildlife Trust local groups, the National Trust or the Norfolk and Norwich Naturalists' Society. It’s essential to know what you’re doing where fungi are concerned, particularly if you are picking mushrooms to eat, as there are a number of poisonous species, some of which are potentially deadly. If in any doubt whatsoever stick to the mushrooms in your local supermarket!

The most common of the deadly species in the UK is the deathcap. Although this yellowish species looks rather innocuous and undistinguished its effects are anything but, with fatal kidney and liver failure resulting a couple of days after ingestion. Similar symptoms are produced by the equally emotively named destroying angel. Another to avoid is the panthercap, which at least is easier to recognise – it has a rather lethal look about it with cream spots splattered across its brown cap.

Perhaps the most distinctive poisonous species to watch out for is the fly agaric. With its bright scarlet cap, covered with white, wart-like specks, this is the archetypal fairytale toadstool. In addition to causing convulsions and a catatonic sleep it’s also strongly hallucinogenic – a property utilised by shamans of the Sami people of Lapland, as well as their reindeer, which seem to experience a similar mind-altered state when consuming these magical mushrooms. Indeed, many reindeer apparently become rather partial to the sensation, actively seeking out the toadstools when they get the chance. In Norfolk, you won’t see any reindeers behaving badly, but a good place to search for fly agarics is NWT Roydon Common, near King’s Lynn, as the site’s mixture of heathland and birch woods is ideal for this red and white gem.

Other interesting species found in Norfolk include: giant puffballs, which can grow up to 80cm across; King Alfred’s Cakes (ironically inedible) – small, hard rounded balls which grow on dead trees and can be seen at NWT Lower Wood, Ashwellthorpe; Chicken of the woods which, as its name suggests, tastes (apparently!) like chicken; the stinkhorn, which is often detected by its unpleasant, putrid odour, and which also has a rudely distinctive appearance – NWT Foxley Wood, just off the A1067 Norwich–Fakenham road is a good place to look for this species, as well as being generally good for all autumn fungi.